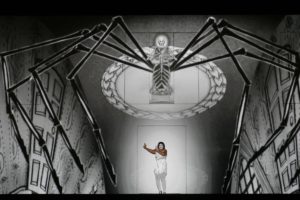 “Two things fill the mind with ever new and increasing admiration and awe… the starry heavens above me, and the moral law within me.”—Immanuel Kant

The Magic Flute — A Note from Music Director James Conlon

Mozart’s The Magic Flute is amongst the world’s most popular and beloved operas, written by one of its most adored composers. A pseudo fairy tale, its invented mythology appeals to children and adults, amateur and professional musicians, philosophers and writers, casual operagoers and die-hard fans. It is immediately accessible to children, yet sufficiently profound and sophisticated to have commanded the attention of great thinkers and musicians for more than two centuries.

Beethoven loved it and considered it Mozart’s greatest work. Many writers and musicologists consider it his last testament. Though he wrote another major opera at the same time (La Clemenza di Tito, which he completed) as well as a Requiem (left uncompleted) in the few months that remained in his life, the notion that he was consciously leaving posterity a work that constituted a final moral statement has been around from shortly after his death. The passage of time has further elaborated this perception.

But has this view been reverse-engineered, as is often the case with composers’ final works? Did the composer himself believe that The Magic Flute would be his last theatrical work before confronting death? Was a life-affirming and secular Enlightenment message in The Magic Flute meant to complement the alternative Roman Catholic view of death, with both its solace and terror, in the Requiem? Tradition tells us that Mozart said, “Did I not say that I was writing this Requiem for myself?” Do we entertain these thoughts because they are his final major works? Did the Freemason intend to instruct his Viennese folk-public as well as subsequent ages in important moral lessons? Or did the Roman Catholic, on his deathbed, want to leave his last word in a liturgical setting, only to be broken off in the middle by his untimely death? And should we, can we, think of Mozart as a Masonic Roman Catholic or rather a Roman Catholic Freemason? Could it be that he was fulfilling a pair of commissions and nothing more? Must we, and did he, believe that Art is autobiography?

Was he just tailoring a work for a different kind of theater, where he would win popularity amongst the people? Was it the composer who, when queried why he had not written more violin concertos answered, “Because no one asked me,” simply taking advantage of an interesting opportunity? Did he write it as a favor to his Masonic colleague Emanuel Schikaneder, who was producing a work in which he himself could, with his non-operatic voice, sing the leading role of Papageno?

Was the gentle moralizing that pervades the work (not bellowed from a pulpit, but whispered softly) meant for everyone or only for his friends and lodge-mates who could appreciate the Masonic symbolism, much or most of which remains obscure to us non-initiates even today?

Was his true focus to write a work in German that would break away from the Italian language and traditions he had already mastered and in which he created masterpieces that would mark the musical zenith at the close of the 18th century? Did he just want to create a musical-theatrical work that stood halfway between the popular and the erudite? Could one say that it was the experimentation in form that was the generator?

Did he want to again test the same genre he had employed for The Abduction from Seraglio, a Singspiel—in which spoken dialogue replaces recitative—written partially in accordance with the Emperor’s wish to create a new genus of German opera?

Having consigned Don Giovanni to his everlasting infernal retribution, was he now suggesting that mankind no longer needed the fear of punishment to behave morally and virtuously? Having measured the breadth and depth of the battle of the sexes with his genial Venetian cohort Lorenzo Da Ponte, was he ready to call it a stalemate and propose a higher level of peaceful and productive coexistence? Was the Countess’s forgiveness in The Marriage of Figaro available to all, and could it bring about a truce? Was it time for Don Alfonso’s clarifying lesson to the four young lovers in Così fan tutte to be superseded by Sarastro’s illuminating instructions through which Pamina leads Tamino to enlightened wisdom?

Was the act of composing The Magic Flute any, some or none of these things?

At the end of this maddening litany of questions, I propose an equally maddening answer: It is all of these things…and more. The universality of this work will be found and appreciated by considering each of these questions as only aspects of a work in which the musical, spiritual and philosophic substance is greater than the sum of its parts.

The musical innovations are countless and to cite them all (even if one could) is beyond the scope of this essay. But amongst the leading ones would be the forward-looking freedom of form (created from dramatic necessity) that foreshadows the music dramas of Wagner. Another example is the extraordinary juxtaposition of simple strophic songs (especially when employed for Papageno in all of his simplicity) with the audacious use of the Italian style exemplified by the Queen of the Night’s coloratura arias. Finally, we perceive another giant step in the emancipation of the orchestra’s role and the sophistication with which it shapes and reflects the dramatic arc

The work’s (Masonic) secular spirituality derives from a concentration of diverse sources as perceived through European lenses, drawn from some of the cradles of western civilization: Egypt, Persia and Greece. Most of us are not privy to the vocabulary of the Masonic symbols, but the work so radiates with Mozart’s characteristic warmth, humanity and insight that it transcends any particular philosophy, aesthetic or ethical system.

Philosophically, The Magic Flute stands firmly in the Enlightenment, and its humanist concepts.  Reason, Virtue, Sympathy and Clarity are the cornerstones of a better life.  Humankind can embrace peaceful coexistence, foster equality for all and strive for harmony and benevolence through intelligence, work and art.

Mozart shows who we might become. Through adoption of the tenets of the realm of Sarastro’s Temple, we can become our most evolved self. And this is done best when we do it as a couple, in a blending of perfect love. Pamina and Tamino will rule as equals in a new enlightened age. Their union is a model for the part of us that strives. Papageno represents its contrary, the part that doesn’t strive, that just is. He is himself, wants to be nothing else, and is fundamentally unchanged from beginning to end. But he too will become his fullest self in union with Papagena. And Mozart, in his seemingly infinite generosity and humanity, understands, loves and celebrates both couples as if he were celebrating two contradictory aspects of all humanity.

The ultimate personal evolution is to be found in the loving, enlightened couple, which will serve as paradigm for society as a whole. “Mann und Weib, und Weib und Mann, reichen an die Gottheit an,” Pamina and Papageno tell us. “Man and Woman, Woman and Man”—note their equality—“approach divinity.” Mozart, who once signed a letter to his father with a similar phrase, seems uncharacteristically to speak in the first person to us through his characters.

Christian thought intersects with a Masonic conception of the world. Together they foster humanism—and find their home in Mozart’s works.

Kant observed, “The highest moral good cannot be achieved merely by the exertions of the single individual towards his own moral perfection, but requires a union of such individuals into a whole towards the same goal.”

In The Magic Flute, Sarastro’s Zoroastrian sun and stars provide for Kant’s “heavens above,” the initiates within his temple the “union of individuals” while Mozart himself offers “the moral law within.”