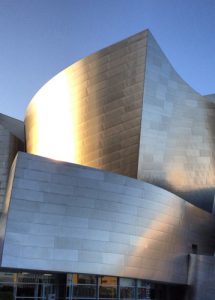 Can a serious, lengthy, topical piece of contemporary music make an impact beyond the classical music scene and possibly change the world a little bit in doing so? That’s what happened with Benjamin Britten’s unorthodox “War Requiem,” which scored an unlikely immediate hit in 1962.

For James Conlon, who will conduct the “War Requiem” just days after the composer’s 100th birthday, the piece has been a touchstone in his career. He has conducted it on special occasions, such as the 50th anniversary of V-E Day in Paris, and one month after 9/11 in Carnegie Hall. “I can remember the gasp at the end of that performance,” he said about the latter. “I think the ‘War Requiem’ is not only great, it stands and will stand with the great choral masterpieces, right up there with Verdi and Brahms.”

Coinciding with the actual date of Britten’s birthday (Nov. 22, 1913), Conlon will conduct the “War Requiem” in Costa Mesa on Sunday and at Walt Disney Concert Hall on Monday with 400 orchestra and choir members, all students from the Colburn School, USC and other schools.

In 1958, Britten was commissioned to write a piece for the consecration of England’s rebuilt Coventry Cathedral — which was all but destroyed by the German Luftwaffe in WWII. Yet instead of writing a conventional liturgical work, this lifelong pacifist juxtaposed the traditional Requiem Mass with antiwar poems by Wilfred Owen, a young soldier stuck in the trenches of WWI who was killed only a week before the armistice.

As a gesture of reconciliation among three antagonistic WWII European powers, Britten wrote the individual vocal parts for a Russian soprano (Galina Vishnevskaya), a German baritone (Dietrich Fischer-Dieskau) and a British tenor (Britten’s companion, Peter Pears). And he inscribed on the title page of the score Owen’s withering words, “All a poet can do today is warn.”

In order to gauge just how far out on a limb Britten was putting himself, one has to understand the times in which the piece was written. The Cold War was peaking; escalating tensions in Berlin, Cuba, Vietnam and other hot spots left little room for pacifism in the international debate; people by and large still trusted whatever the government told them.

So for Britten to use the structure of the Requiem Mass to make an antiwar statement in the face of perceived world opinion was a bold act of defiance.

Yet the people responded. The premiere in Coventry on May 30, 1962, and subsequent performances made enormous emotional impressions on audiences. Although the notoriously unsentimental Igor Stravinsky jeered, “Kleenex at the ready,” critics by and large were bowled over on a first hearing; the Guardian thought the interpolation of Owen’s texts into the Mass was “brilliantly done” and proclaimed it to be “undoubtedly one of Britten’s masterpieces.”

The following year, Britten’s own recording of the “War Requiem” sold 200,000 copies in its first five months of release and reached No. 68 on Billboard’s pop album charts — unbelievable numbers for an expensive, two-LP boxed set of contemporary music (Decca could not provide numbers for total sales to-date). In the wake of the Cuban Missile Crisis, and as opposition to the Vietnam War grew later in the ‘60s, the piece’s pacifistic message undoubtedly resonated and spread among the many who heard it.

Hearing the “War Requiem” today shouldn’t pose problems for listeners who have already lived through the past half-century of contemporary music — and after all, hundreds of thousands got it when it was new. The full orchestra and chorus can thunder with anger and fervor worthy of Verdi, yet the inward intimacy for which Britten is known also can reduce the instrumentation down to a mere thread.

Britten cared nothing about categories; the chamber orchestra sometimes teeters on the edge of tonality (the Guardian’s critic thought he heard twelve-tone writing), yet the hazy, ethereal In Paradisum at the end can be as breathtakingly beautiful as anything written in the last half of the 20th century. If the “War Requiem” has a true successor, it would be Leonard Bernstein’s Mass (1971), another category-defying blockbuster where the Mass is broken up by secular texts with an anti-Establishment slant. That, too, spawned a chart-making recording.

As a practical matter, the “War Requiem” is not an easy piece to perform, for Britten divided its massive forces on three separate planes — a chamber orchestra with baritone and tenor soloists up front, a full orchestra, soprano and chorus in back, and an ethereal boys’ chorus off somewhere in the distance.

“You’ve got to be able to control the chamber orchestra around you — that’s relatively easy because it’s close — then there’s the big orchestra that fans out from there, then you’ve got your main chorus up in front of you somewhere,” Conlon said. “The children must be placed high because it’s symbolic; this is the voice of innocence. The coordination is an enormous challenge, no matter where you are.”

But if you’re up to speed, Conlon said, Britten’s technical mastery was so complete that if you simply play the score, 90% of the work is already done.

Very often, two conductors are used; Britten himself did it that way in concert, leading the chamber group while having someone else lead the big ensembles. But Conlon prefers to work alone. “I just figured out a way to do it [myself] right at the beginning,” he said, “and I personally would not like [two conductors] because for me, it destroys the unity of the work.”

Moreover, Conlon set a special challenge by intentionally having students (ages 17 to 26) perform this piece. (“I don’t say you shouldn’t do things with 85-year-olds, but I want to do it with youth so they will carry it on,” he said.) Aiming to include as many local musical organizations as he could round up, Conlon asked USC’s choir director Jo-Michael Scheibe to put together a choir from several universities. For the boys choir, he went to Anne Tomlinson, with whom he had previously worked on LA Opera projects, to include the Los Angeles Children’s Chorus.

At the first orchestral rehearsal at the sponsoring Colburn School on Monday, he called for a show of hands as to how many of the kids had ever performed the work — and only one, concertmaster Jeffrey Myers, had.

Nevertheless, with the eager enthusiasm of a Britten buff, Conlon methodically guided his young players through a reading of their portions of the piece, encouraging them to practice hard in certain difficult stretches (particularly in the concluding “Libera Me”).

“I don’t think any other guest conductor coming to the school like this would show up for the first reading,” noted Jacob Wilder, a French horn player in the orchestra. “Many times, we have a couple or three rehearsals with an assistant conductor, but he [Conlon] shows up for the first one. It shows that he cares about it and wants to make it really good.”

The response to the “War Requiem” had an irrationally mixed effect upon Britten’s reputation. While the success of the recording prompted Decca to allow Britten to record anything he wanted for the rest of his life, this very popularity contributed to a reaction among tastemakers who unfairly dismissed Britten as a musical conservative — and thus not worth taking seriously.

Yet there is something universal, disturbing and utterly sincere about this “War Requiem” that has worn well over the last half a century. Performances and recordings abound this year all over the world, and one can imagine that an Owen line like “After the blast of lightning from the East” can always be placed in an ominous contemporary context — sadly.

As Myers said, “It’s his most important work in that you get the essence of who he was as a person and his stance on the world and war in general.” 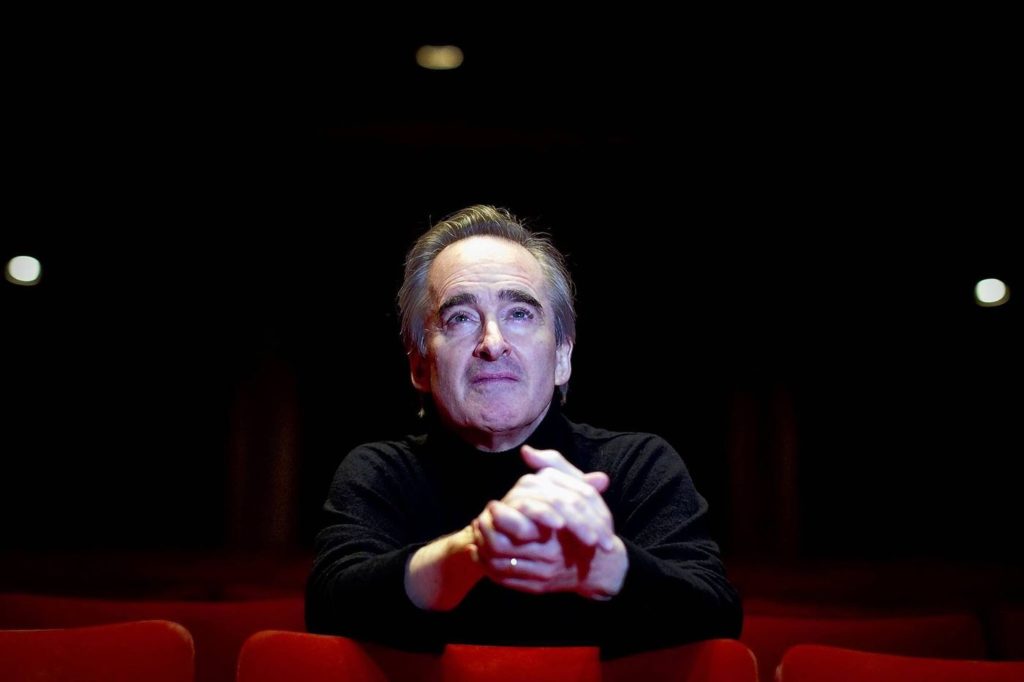