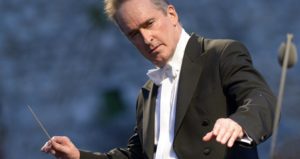 Though James Conlon marked the finale of his 10-year tenure as music director of the Ravinia Festival with a triumphant concert featuring the Chicago Symphony Orchestra on Aug. 15, 2015, it was hardly the end of his association with the CSO or the summer series.

Last year, on four days notice, he stepped in for an ailing Christopher Eschenbach, leading two performances with the CSO, including a gala concert with violinist Itzhak Perlman. This summer, he returns for two scheduled appearances: an Aug. 9 concert with pianist Garrick Ohlsson and a line-up of operatic excerpts Aug. 11 with soprano Nadine Sierra and tenor Matthew Polenzani.

“So, actually, I haven’t been gone very much,” Conlon said. “It was very touching and moving to return last year to the warm welcome that I received from everyone. So I have left [as music director], but I don’t really feel like I have, certainly.”

Conlon has a fondness for essentially “soloistic, chamber-music pieces” for the orchestra, and two of the works on the Aug. 9 program certainly fit that description: Stravinsky’s Suite from the ballet Pulcinella and Richard Strauss’ Suite from Le bourgeois gentilhomme, incidental music for Moliere’s celebrated play. Both look back in music history; the first is part of Stravinsky’s neo-classical period and the second draws on the French Baroque music of Jean-Baptiste Lully. Both will be performed by a chamber-orchestra-sized ensemble.

“They are two of the greatest composers of the 20th century, and I like that juxtaposition. It gives everybody on the stage, every member of the Chicago Symphony who is there – they are all soloists and I love that,” he said. “For me, that’s a lot of fun.”

Rounding out the program is Mozart’s Piano Concerto No. 20 in D Minor, K. 466 (1785). One of Conlon’s projects while Ravinia’s music director was a complete presentation of the 27 works the composer wrote in this form.

For the second program, Conlon was presented with the opportunity of collaborating with two top-level operatic soloists, and it was up to him to choose the repertoire. “I don’t like to do aria evenings,” he said. “If I’m going to use singers, I like them to have substantial pieces.” So he chose to intersperse three major sections from Donizetti’s Lucia di Lammermoor, including the famed mad scene, with orchestral sections from Rossini operas. The evening will open with the Overture to The Barber of Seville and end with the Overture to William Tell, with a short Act 1 ballet segment from William Tell in between. “It should appeal to people. I mean, you have to like Rossini and Donizetti,” the conductor said with a laugh. “Otherwise, don’t come.”

Conlon’s exit from the Ravinia post set off a series of major changes in his career. The following year, he stepped down after 37 years as music director of the Cincinnati May Festival, the oldest continuously operating choral festival in the United States. Along with those two big departures came something new as well: his appointment in 2015 as principal conductor of the Orchestra Sinfonica Nazionale della Rai in Turin, Italy. He is the first American to hold the position in the ensemble’s history (it’s the official orchestra of Rai — Radiotelevisione Italiana — the Italian public broadcasting network. The appointment did not officially begin until the 2016-17 season, but he was already busy with the orchestra the season before.

“I love it,” Conlon said. “It’s no secret that I love Italy, and despite the fact that I’ve been traveling there for 40 years, this is the first time I’ve held a position. It’s a great position to hold. As the title suggests, it’s thenational orchestra in the sense that it is only remaining radio orchestra in Italy, so we are broadcast to the entire country every week.”

Along with his Italian post and guest conducting engagements around the world, Conlon continues as music director of the Los Angeles Opera, a post he has held since 2006-07. He has led more performances than any other conductor in the company’s history, with more than 50 different operas to his credit.

“This is essentially no different from anything I have been doing for the last 40 years,” he said. “I have always split my time between orchestral-symphonic life and operatic life. I have always split my life between America and Europe. The only thing that shuffles around are the actual individual places. So I’m essentially doing nothing different, except that I keep trying to do less of it and that doesn’t keep working out.”

In the next 12 months, Conlon will conduct seven major works by Verdi. He will start the 2018-19 season of the Los Angeles Opera with Don Carlo and end it with La traviata. At the Vienna State Opera, he will oversee productions of Falstaff and Macbeth, and at the Teatro Real in Madrid, he will lead a concert performance of Giovanna d’Arco with Plácido Domingo. A sixth presentation has not yet been announced, so Conlon couldn’t discuss it.

“Most of this is coincidence, but when I saw I what was happening, I just kept going with it,” he said. “So it’s a big Verdi year for me, and as I get toward the end of that, I will be approaching what I believe to be my 500th performance of a Verdi opera.”

If all of that wasn’t enough, Conlon has been working on a book, the subject of which he declined to specify. “It’s pretty much done except for the worst part — editing and revising,” he said. “It’s only been stuck because of my schedule, which makes it hard to really sit down and finish it. But I’m determined to finish it this year.”

Conlon has published dozens of essays in magazines and for the Los Angeles Opera program book and blogged for the online site Musical America. “I like the way writing focuses the mind, which is very different than music-making and conducting,” he said. “At the same time, there is something complementary. I find that having learned things through writing does find some application in conducting and sometimes vice versa. In other words, I know how I want to construct a piece or the movement of a symphony, and very often I see how that interworks with how I construct a paragraph or an essay or something.” 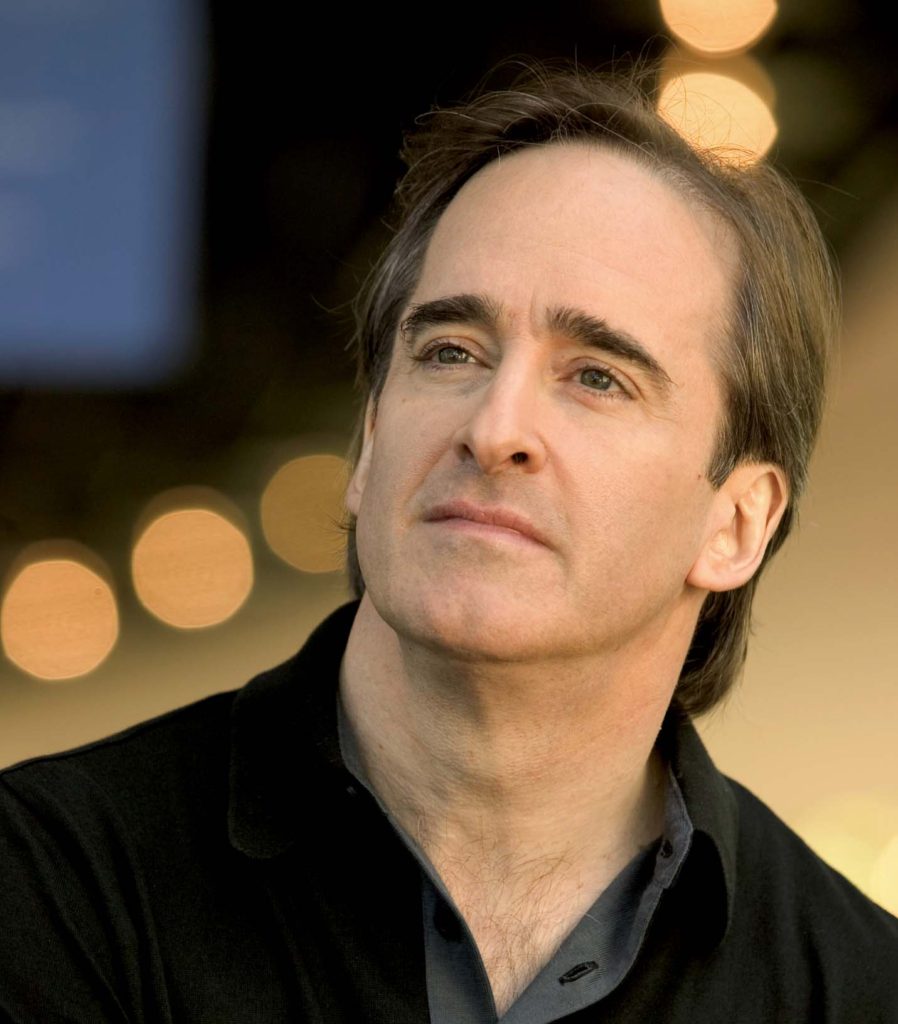 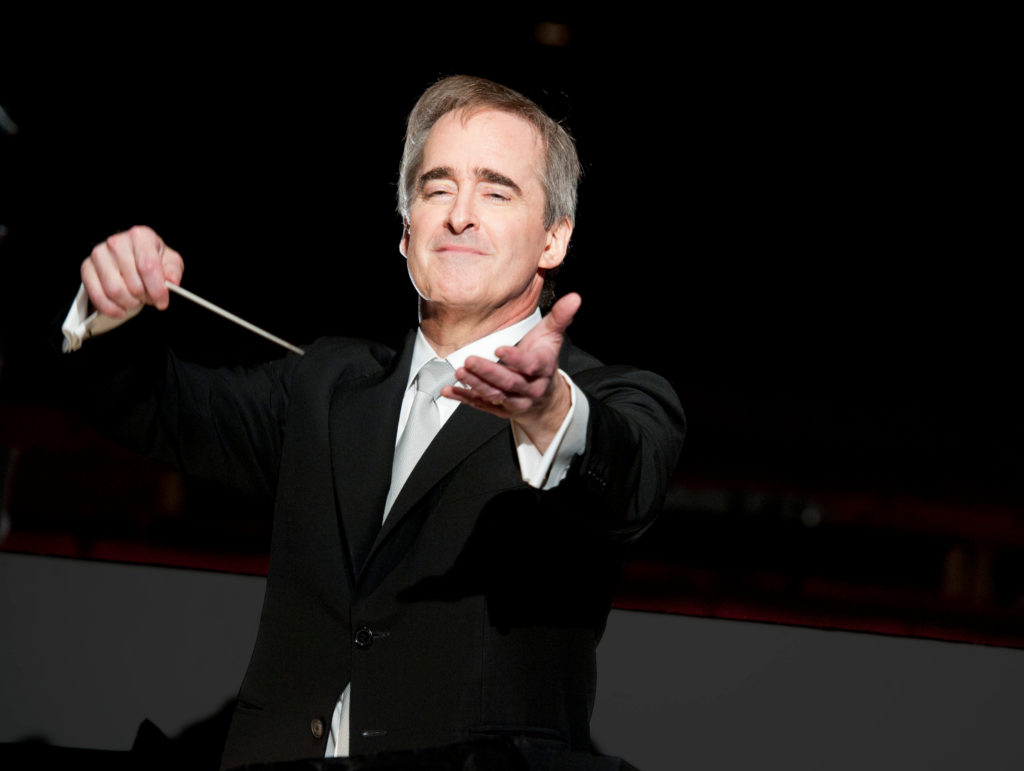 James Conlon: “My mission is to restore life to works lost in the Holocaust”

One evening while working in Germany, the maestro James Conlon heard in his car the work of a Jewish composer who reminded him of why he had fallen {…}