James Conlon and the Cincinnati May Festival 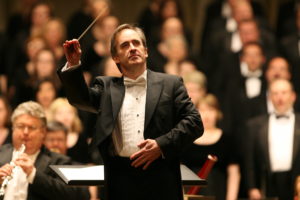 James Conlon is one of the world’s most accomplished conductors. He has been music director of the Cincinnati May Festival for 37 years, the longest serving music director in the May Festival’s 143-year history (exceeding that of founder Theodore Thomas by three years).  His is also one of the longest-tenured conductors of any major classical music organization in America.

Conlon, 66, has only one explanation for that: “Love,” he said. “Love for everything—the tradition, the hall, the repertory.” He calls the May Festival a “non-negotiable” commitment and programs around it each year.

Born in New York City, Conlon studied at the Juilliard School. He played piano and violin but settled on conducting as his true calling.  Equally skilled in the symphonic, operatic and choral/orchestral literature, his repertoire is vast, encompassing old music, new music and forgotten music. He has made a special commitment to reviving works by composers silenced during the Nazi era, including Alexander Zemlinsky, Viktor Ullmann, Pavel Haas, Eric Wolfgang Korngold, Erwin Schulhoff, Franz Schreker, Ernest Krenek and Karl Amadeus Hartmann. Conlon was instrumental in the creation of the OREL Foundation, a resource for the study of suppressed composers, and the Ziering-Conlon Initiative for Recovered Voices at the Colburn School in Los Angeles.

Conlon’s advocacy for music and the arts extends beyond live performance into all media, including print, film and DVD. He has a blog (“A Rich Possession”) at www.musicalamerica.com and he writes and lectures widely on music and the importance of the arts to society.  To access his writings, see www.jamesconlon.com.

His accomplishments at the May Festival are many. They include:

In 1980, Conlon initiated the May Festival’s annual performance at the Cathedral Basilica of the Assumption in Covington, Kentucky.

Special events during his May Festival tenure include:

-Britten’s War Requiem, performed by the Cincinnati Symphony Orchestra and the May Festival Chorus in New York’s Carnegie Hall just one month after the 911 terrorist attacks

-Baroque-style performance of J. S. Bach’s St. Matthew Passion with images of the Passion Story screened above the stage (2010)

-Berlioz’ “Romeo and Juliet” Symphony with projected art works keyed to the story (Conlon invited the audience to “yell and scream” as much as they wanted at the end—and they did.) (2008)

-Concert version of Mozart’s “Abduction from the Seraglio” with a commissioned narration by actor Michael York, who also performed the role of the noble Turk Pasha Selim (strategic choice of repertoire in view of post-911 animosity between Christians and Muslims) (2006)

In 2004, Conlon led the first performance in New York City of Nathaniel Dett’s oratorio, “The Ordering of Moses,” a performance that was broadcast live over NPR and New York’s WQXR.  The event took on added significance since Dett’s work was taken off the air (in progress) by NBC Radio in 1937 because of racial prejudice (Dett was African-American).

Conlon has received many honors during his professional career. Among them are the Roger E. Joseph Prize from Hebrew Union College-Jewish Institute of Religion (2013), the Crystal Globe Award from the Anti-Defamation League (2007), and the Zemlinsky Prize (1999). He was one of five initial winners of the Opera News Awards. In 2002, he received the Légion d’Honneur, France’s highest distinction, and in 2004 was named Commandre de l’Ordre des Arts et des Lettres by the French government. He has also been awarded the Medal of the American Liszt Society (2008), Italy’s Premio Galileo Award (2000) and the Zemlinsky Prize (1999).

He has received two Grammy Awards for Kurt Weill’s “Rise and Fall of the House of Mahagonny” with Los Angeles Opera (Best Classical Album and Best Opera Recording). In 2009, he was inducted into the Classical Music Hall of Fame.

There was a standing ovation as Conlon walked to the podium at Music Hall before his 30th anniversary May Festival concert in 2009. That performance of Mahler’s Eighth Symphony with 500 performers was a sellout, a rare event in 3,416-seat Music Hall.

It bore eloquent testimony to Conlon’s artistic eminence and his unparalleled contributions to the Cincinnati May Festival. 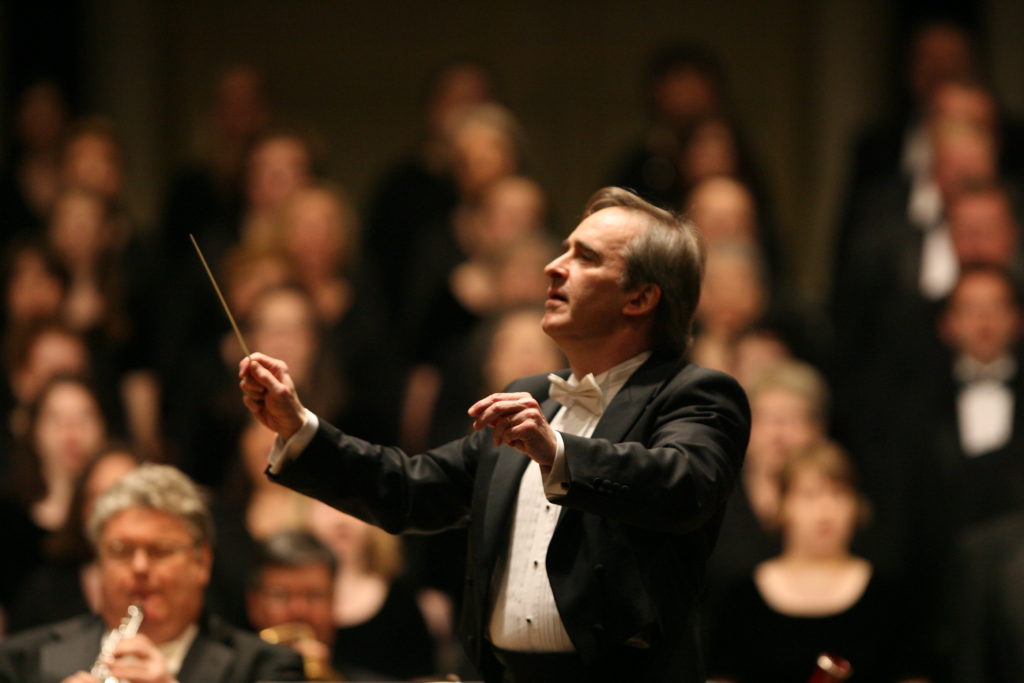