“[In Das Lied von der Erde] Conlon drew atmospheric playing in the orchestral interlude and made much of Mahler’s chamber-music-like scoring. … The autumnal lyricism that colors much of Mahler’s masterpiece also found its way into Conlon’s mellow, gently flowing account of Schubert’s “Unfinished” Symphony on the first half of the program.” — Chicago Tribune

“Disappointment that Bernard Haitink had cancelled this week’s performances with the Chicago Symphony Orchestra was mitigated by the fact that James Conlon was available to take the helm for one of Gustav Mahler’s deepest and greatest works [Das Lied von der Erde]. As music director of the Ravinia Festival from 2005-2015, Conlon demonstrated his Mahler bona fides in a complete cycle of the Austrian composer’s symphonies with the resident Chicago Symphony Orchestra, a project that was a highlight of his North Shore tenure… The performance was aided enormously by the glorious playing of the orchestra, which was rich and vibrant under Conlon’s idiomatic direction. The conductor’s bold textures consistently brought out Mahler’s dark coloring, not least the strange unsettling interludes between the stanzas of “Der Abschied.”… [In Schubert’s “Unfinished” Symphony] Conlon took a more Classical approach than one often hears, with lean textures and flowing tempos. Yet the taut, incisive playing ensured there was no lack of dramatic cut or intensity at the climaxes.”– Chicago Classical Review

“In one of the finest concerts of the Chicago Symphony Orchestra season, conductor James Conlon gave two masterworks interpretations that made each seem fresh. Schubert’s “Unfinished” Symphony had the perfection of a studio recording. Conlon allowed the exposition to unfold with slight modifications in tempo as the thematic materials took shape. Conlon gave the chordal interjections a percussive quality, while maintaining the lyrical structure of the movement. Those qualities were equally important in the second movement, which had the intensity of chamber music. Entrances were smooth and articulations appropriate, with clear voicings of chords. The second half was devoted to Mahler’s Das Lied von der Erde, which Conlon has conducted at Ravinia and elsewhere, and his mastery was evident. Each movement had its appropriate shape, with distinctive details. Always attentive to the line, Conlon gave equal elegance to the orchestral interludes… Responding to Conlon with rapt attention, from the resonant lyricism in the Schubert, to the sometimes pointillistic passages in the fourth and fifth movements of Das Lied von der Erde, all forces combined for an incredibly powerful evening.”– Seen and Heard International

“Amazingly enough, on almost no notice, the CSO turned to an old friend, an experienced, highly regarded conductor who was available to take on what is arguably Mahler’s masterwork. Indeed, James Conlon … did more than stand in: He shepherded the CSO and two very capable singers through a richly hued and conceptually profound account of “Das Lied von der Erde” that will long be remembered. Conlon led the CSO in a bracing, eloquent, pervasively brilliant performance that was especially notable for the many fine moments by the woodwind principals. … When Connolly’s last dying phrases of “Ewig, ewig…” (Forever, forever) had passed into silence, Conlon kept one hand high in the air, an injunction against any other sound – which the audience observed with pin-drop respect for a good 20 seconds or more. Then the torrent came, a huge ovation for what was, after all, a CSO season highlight. … [In Schubert’s Symphony No. 8] Here was Conlon as poet-conductor, manifest master of Schubert’s unfinished yet self-sufficient drama without words.” — Chicago on the Aisle 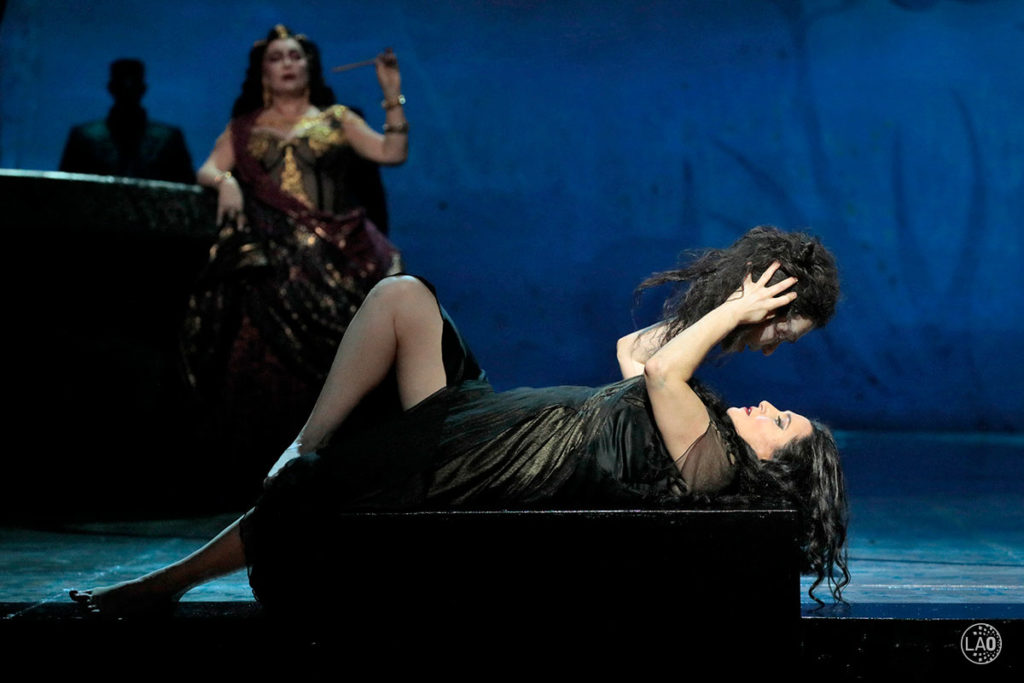