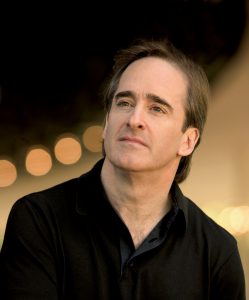 I had an extraordinary experience in Rome on a recent trip. That is almost saying the same thing twice because, if there is one city in the world where the exceptional is not an exception, it is Rome.

Overdue for a haircut, in anticipation of the Roman summer heat, which had arrived early this year, I asked a friend to recommend a barber. His was the best in all of Rome he told me (they all say that). A cousin, I asked?  No, he said, just the best. So I made an appointment.

His name was Piero and he had made his way as a young man to the city to which all roads lead where he felt he could best fulfill his ambitions to be a barber.

Not just any barber, but a great one. In short order he recounted his life and ended by pointing out that, though he was 78 years old, he was healthy and energetic because he has done what he loved.

He was talkative and further explained that his profession and its old traditions were at risk of extinction. Those who knew the art as it had developed over a millennium were disappearing. The proliferation of the larger beauty salons and increased financial pressures were slowly crushing the independent barbershops. Much like small bookstores and pharmacies, they were becoming an endangered species. He was even indignant that the word “barber” did not command the respect that it used to and, he felt, should still command today.

Which led him to bring up the name of Pierre Augustin Caron de Beaumarchais, the creator of Figaro, the quasi-autobiographical hero of three plays: Le Barbier de Seville, Les Noces de Figaro and La Mère Coupable. He was fascinated (and pleased) that this brilliant, versatile 18th century iconic French writer made a barber the protagonist of his works. He wondered why he had done so, and was frustrated at not finding answers. I told him a lot of what I knew. Never have I had a conversation even remotely like this one, while having my hair trimmed.

His surprise, upon discovering that I actually was well acquainted with Beaumarchais and his works, was only surpassed by my own, at having met someone, outside of France, who had a similar interest.

I recounted my childhood experiences and how Rossini’s Barber of Seville had propelled me from baseball to classical music and to a keen interest in Beaumarchais as well. By coincidence, a few months earlier, I had conducted four operas (by Paisiello, Rossini, Mozart and Corigliano) based on his works. He in turn spoke eloquently on the meaning Beaumarchais’ character held for him.

The linear conversation was interrupted only to make space for a curious ritual in which he lit several matches and proceeded systematically to singe the tip of all the freshly cut hair. I asked him why he was doing that.  He explained that it stimulated and reinvigorated the remaining hair. Really, I asked? Yes, he insisted. Despite the lack of scientific proof, the scorching was beneficial, it just was.  So there were no two ways about it. It added, he said, an extra dimension to the experience. Cause and effect aren’t important, but the feelings evoked are. The value of this quasi-sacramental ritual was obvious to him, and … when in Rome ….I just sat back and enjoyed it. Why not?  His methods seemed to be confirmed by the evident fidelity of his clientele.

Are you still with me? If you have gotten this far, you might ask what this story has to do with anything. Well, to me it does.  It has to do with his world of barbering and our music world. I saw in him a mirror of something that we are, could be, or need to be.

This devotee of Figaro has lived a long, productive life, in the place Wilde described as “the one city of the soul.”  His barbershop is approximately midway between the Teatro Argentina, (site of the premiere of Rossini’s Barber), and the point where Via Gioacchino Rossini and Via Giovanni Paisiello (named after the first composer to set the Barber of Seville to music, who died in Rome shortly after his 24-year-old rival had effectively consigned his masterpiece to an undeserved oblivion) intersect.

He is dedicated to a profession he believes imperiled. It is not enough to cut hair in a certain way; he wants to see the small personal barbershop maintain itself in the face of the large commercially dominant beauty salons. I felt a kinship with him.

Our occupations are different, but the predicaments we face are not. We both want to see our professions thrive within a world in which our adherents are admittedly numerically few and our economic importance relatively small. People will always need haircuts but barbering, for him, is more than that. Audiences will always want to be entertained, but classical music is more than that. Much more. It is in that more where the difference resides. It separates the artist from the professional, and the craftsman from the functionary.

There are many factors that will continue to make our roads bumpy. There are those who see “ugly meanings in beautiful things.” Classical music and its institutions come under relentless criticism. The barometers by which music is often measured are extrinsic to the art form itself. Classical music’s presence in our society is worth defending. It is not the music’s problem if it is not popular, not economically viable, deemed irrelevant or not to everyone’s taste. It is our problem.

Those of us who believe in its value must be the defenders, not because it is in our personal interests to do so, but because the survival of the art form is vitally important for society. The conviction of the convinced is essential; the vacillation of the lukewarm, the apologetic and the self-serving is dangerous.

Despite our small demographic, if we are devoted, passionate and deeply attached, we can make a difference. We, a minority of sorts, have to live for art with a depth of conviction and devotion that others, whose lives and tastes place them squarely in the vast majority, need not. There is hope when, like Wilde’s “cultivated,” we find and communicate “beautiful meanings in beautiful things.”

My new friend, Piero, is an inspiration. He continues on his way, believing in what others might see as a dying way of life. I am sure he would not exchange his profession for any other, as I would not my own. It is conviction like his that would give our young artists the strength not to dilute their art with the waters of careerism, conformism and conventionality. It would give us the courage to differentiate and choose quality over popularity, substance over buzz, knowledgeable and competent artists over the trendy.

There could be a renaissance if all classical musicians and the custodians of our cultural institutions were like Piero and Wilde’s elect, “to whom beautiful things mean only Beauty.”

PS: The haircut was great.