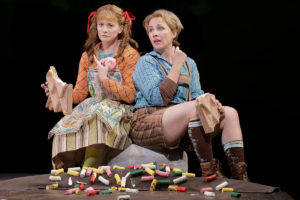 James Conlon on Hansel and Gretel: “[It’s] not a children’s opera!

Engelbert Humperdinck’s Hansel and Gretel is not a children’s opera! Yes, you can bring your children to it, and they will love it—as I did when I was 12 years old—but that doesn’t mean it is only for children.

In fact, it is a highly sophisticated and beautifully constructed late 19th-century “Fairy Tale Opera” (Märchenoper). The composer had worked closely with Richard Wagner, particularly during the period of Parsifal’s composition, and the Wagnerian influence can be felt throughout Hansel and Gretel.

Giuseppe Verdi’s Requiem Mass has been called (in jest) the Italian master’s greatest opera. In a similar vein, Humperdinck’s Hansel and Gretel could be said to be Wagner’s shortest opera. The entire opera, with just 100 minutes of music, could fit comfortably into the time frame of Die Meistersingers’ third act or Parsifal’s first act. Hansel and Gretel is unabashedly Wagnerian in its musical vocabulary, orchestration and harmonic language. While Wagner found his inspiration in the richesse of mythology and medieval lore, Humperdinck took his from the fairy tale tradition, an equally worthy and universal resource.

Wagner’s influence at that time was omnipresent and his revolutionary influence on all things artistic led the way for others to follow. Some might consider Humperdinck’s music derivative of Wagner’s, but I find this accusation irrelevant. First, unless you are the inventor of the wheel, the stirrup or the granaries of ancient Egypt, I’m not sure that anyone can rightly claim total novelty for their inventions. Everything derives from something. Mozart derived from Haydn, Beethoven from Mozart and the entire German 19th-century repertoire from Beethoven. Humperdinck is a link in that chain.

One attribute clearly differentiates Humperdinck from his mentor: he hitches his Wagnerian apparatus to a concise and fast-moving storyline. For those who like Wagner in smaller doses but find the great length of his music dramas an obstacle, Humperdinck is an ideal solution. Another of Humperdinck’s great accomplishments was to incorporate the elements and simplicity of folk music within an intricate and sophisticated Wagnerian model.

He was, of course, not the only composer to do so. Smetana, Dvořák and Brahms did the same when it suited their purposes, as did Humperdinck’s contemporary Mahler, whose music was not yet known when Hansel and Gretel premiered. The father’s strophic description of the witch in the forest could come right out of a Mahler song cycle like Des Knaben Wunderhorn, which Mahler was working on when he conducted aHanthis new opera. (He was not yet as well-known as a composer. One could hypothesize that Mahler absorbed some lessons from Humperdinck.) The orchestral music that introduces Act Two shows traces of Dvořák and Brahms. Another emblem of the times, the waltz, helps the children celebrate their triumph over the witch.

The story is well known and the three-act opera is compact, each act with a specific function. The first act is expository; it sets up the children’s venture into the forest. The second act (which follows the first without interruption) is pure poetry, evoking not just the woods but the rich emotions evoked by the grandeur of nature: beauty, darkness, wonderment, fear and danger. All of the dramaturgy is packed into the third act, in which the children encounter the evil witch and ultimately destroy her.

Through that triumph, the children become heroes, experiencing the same challenges that face the protagonists of Western culture’s classic mythology. Within the contours of their simple story resides an essential human experience: the challenge each of us must face when we confront difficulties, obstacles and evil in order to achieve a goal.

That they are children suggest that the Wagnerian model is overblown and out of proportion to their deeds. But, in my opinion, it is precisely the opposite that renders Humperdinck’s opera extraordinary. The rite of passage from childhood to an awakened consciousness is the core of the opera. The children must fend for themselves when in danger. The confidence that they have the resources to find solutions for serious challenges is their reward. The existential challenge experienced by Hansel and Gretel is no less powerful than that presented to Siegmund as he draws the sword from the tree, or to Siegfried when he slays the dragon, or to Brünnhilde when she sacrifices herself and restores the world order. It is entirely appropriate that this “children’s story” be wrapped in Wagnerian riches.

Hansel and Gretel plumbs both the depths of the unconscious and the heights of otherworldliness. The opera’s stroke of genius is to demonstrate that the emotions of children are no less intense in their young hearts and souls as those of adults. Act Two charts the children’s transition from their youthful games to a deeper awareness of their vulnerability. When they call out “who’s there?” into the depths of the forest, only their echoes resound, recalling parallel passages in The Flying Dutchman. The music transforms itself. Gretel’s rising anxiety is expressed in the language of Tristan und Isolde and Die Walküre. The mother’s desperation in Act One is expressed in the voice of Kundry and Amfortas.

The arrival of the Sandman heralds the arrival of the supernatural, and it will be mirrored with the same theme in the following act by the Dew Fairy. The harbinger of sleep will relieve the children’s turmoil, and the music of his magical appearance resembles the arrival of Lohengrin. The children’s recourse to prayer manifests the fundamentals of the Germanic Christian faith. Humperdinck places the “Evening Prayer” as the centerpiece of the drama. It is no accident that the “Evening Prayer” melody, with its distant echoes of Johann Sebastian Bach and Martin Luther, opens and closes the opera. Wagner’s ability to express deep spirituality was not lost on Humperdinck.

Fairy tales are replete with wicked mothers (or more often stepmothers) and the witch shows many aspects of these fearsome maternal figures. Her music changes the discourse. It is written in the first person, her viewpoint, as opposed to the third person narrative aided and abetted by the orchestra. The witch—alternately fearsome and charming, sly and seductive—lends a semi-comic element to the drama. Her defeat at the hands of her potential victims defines their baptism by fire and their confirmation into adulthood. They celebrate to a cosmic waltz and the witch’s oven explodes. The gingerbread children return to life with a trancelike transformation of a folk tune that is “liberated” when the spell is broken. The parents arrive and are reunited with Hansel and Gretel. They also become symbolic surrogates for all of the newly revived children. Their rejoicing concludes the opera, as the orchestra fuses the “Evening Prayer” chorale with the celebratory folk dance.

Hansel and Gretel became immensely popular with audiences in the months following its premiere. It was also loved by musicians and, notably, some of the greatest conductors of its time. The 1893 premiere in Weimar was conducted by Richard Strauss. Gustav Mahler conducted the Hamburg premiere in 1894. Arturo Toscanini conducted 13 performances during the 1901/02 season and Herbert von Karajan conducted a benchmark recording of the opera in 1953. I am sure that these great conductors did not perceive it as merely a children’s opera. There is no mystery as to why. As in Wagner, the orchestra plays the role of protagonist: creating the atmosphere of each scene, identifying the characters and their conflicts, providing a sound world revealing events and feelings, both manifest and unconscious.

By all means, bring your children and grandchildren to Hansel and Gretel. But if you don’t have the good fortune to be accompanied by a child, it’s well worth your while to come on your own. It is not a children’s opera. It is an opera for all ages; it is an opera for the child in all of us, and for the burgeoning adult in every child.