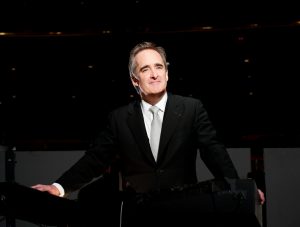 “Memorializing is a noble thing, and we should do it,” said James Conlon, the LA Opera’s Music Director behind “Voices”

Delivering a lecture that was punctuated by the sexual frenzy of Schreker’s “Die Gezeichneten” stood an unassuming, professorial gentleman that appears part Robin Williams, part Gabriel Byrne. You would not know it by looks alone, but at that lectern stood not only the internationally-known Music Director of the Los Angeles Opera, but a hero of sorts who took it upon himself to mine the suppressed art of Jewish composers whose work had been not only censored, but disposed of by the Nazis.

I was sitting in an auditorium at The Colburn School with Composer Sharon Farber, who herself had celebrated the life of Holocaust survivor and hero Curt Lowens in her “Bestemming: Concerto for Cello, Orchestra and Narrator”.

We were pursuing the notion of artist as not only activist but as ambassador to the memory of those whose first person narratives of the Holocaust were about to fade into history. We listened as Maestro Conlon told the tale of Schreker’s fall from grace at the hands of the emerging Nazi party. An acclaimed composer who achieved the highest position in German musical life, was summarily dismissed from his position as Director of the Musikhochschule in Berlin at the urgings of the National Socialist Party.

As unforgettable as Schreker’s story and his music was, it was perfectly evident this evening that the man who recovered these forgotten voices was as important to the reunification and re-assembling of the void as were the voices that he recovered. A puzzle is nothing but pieces until it has been reassembled, and Maestro Conlon’s deft piecing together of a culture lost manifested itself like the joys of unearthing buried treasure.

After the lecture, I had an opportunity to sit down with Maestro Conlon and Sharon Farber to offer up my own accolades of support. He waved away my plaudits and instead spoke of how he unearthed these important works.

“I was living in Germany and working there for about 13 years,” Conlon said. “At the beginning of that I happened by accident to hear some of the music of Zemlinsky.  I fell in love with it, performed it, recorded it – and began to read about him.”

Conlon went on to say: “By reading about him I discovered the others, and it all developed organically to the point where I understood that if I as a musician, at 40 years old, and had never heard about Zemlinsky – how much other music have I not heard and how could the public possibly know if we musicians didn’t know. At a certain point it became an epiphany, and I decided that I’d do anything I could to change that.”

The others that Maestro Conlon refers to are the ‘lost composers’ that he singularly resuscitated with his ‘Recovered Voices’ project at LA Opera, which David Mermelstein, writing for [The New York Times] aptly described as “an extraordinary project of reclamation.”

Composers like Alexander Zemlinsky, Viktor Ullmann, Walter Braunfels, Ernst Krenek and Erich Wolfgang Korngold – were the focus of a campaign that sought to erase the mark of these Jewish Composers by a morally bankrupt and criminal regime whose claim to fame was the ethnic cleansing of 6,000,000 Jews and other recalcitrants who didn’t fit into the Aryan profile.

James Conlon would be the first to shirk his role as a hero, and certainly would avoid terms like ‘artivist’ that efforts to create a conjunction between artist and activist.

His efforts on the surface would appear as an earnest attempt to fill a missing gap in recent classical music history, but it goes quite deeper than that. It brings back to life the voices of brilliant composers who were truly forgotten based solely on their religion. Hitler’s final solution was not only about ethnic cleansing but also about cultural erasing. The emasculation of that era’s literature, scientific theory and left society impotent.  It was a cancer that hid below the surface that never went into remission and threatens recurrence even to this day.

Conlon’s arc harkens to a time when things fell apart and the center could not hold.  Despite this, Conlon has kindled light from darkness and celebration from anarchy.  These voices have not as much recovered as they have now thrived under Conlon’s lovingly downplayed passion for the truth, and as much for the moral as for the historical significance of these composers and their works.

“Yes, there is a moral issue and yes, there is a historical issue,” Conlon said, “but most of all as a performing artist, my basis is that this is music. A lot of this music comes directly out of the same sources of the music of composers that we still play, that we recognize, who just didn’t happen to be victimized. My purpose is to play it as much as possible, and to do as much as I can to make it happen.”

Conlon continued: “Memorializing is a noble thing, and we should do it. Ultimately, this is not about memorializing, it’s about restoring the balance. These are not amateur composers. These are great composers.”

Great composers indeed, but what of Maestro Conlon himself?

In 2012, Maestro Conlon received the Cohon Award which was officially presented to him at the Illinois Holocaust Museum by the Rabbi Samuel S. and A. Irma Cohon Memorial Foundation. The award is given to individuals for accomplishments that benefit all Jewish people. It was only one of many awards and recognitions for Maestro Conlon’s “Recovered Voices”.

During the Cohon Award presentation, the spirit of Maestro Conlon’s work was beautifully summarized in the Maestro’s own words:

“Undoing injustice where one can is a moral mandate for all citizens in a civilized world. We cannot restore to these composers their lost lives.  We can however return the gift that would mean the most to them – play their music.” And in that spirit, it was noted that in the Talmud, it is written “a person who saves a single life, saves an entire world.”

On that day, sitting next to Maestro Conlon was Robert Elias, President of the OREL Foundation, an organization created by Maestro Conlon that has been successful in raising awareness in the academic community of the importance of these composers, and re-instates their rightful place in history.

“When Maestro Conlon discovered for himself the music of Zemlinsky and others, there was nothing – no book written, no place where you can read these stories or get any background on these composers.  So he created an online resource that musicians could access that has now become a major English language repository of information on suppressed composers and their music.”

James Conlon is a good man who in doing something, insures that the voices of these Jewish composers are not lost or forgotten in the dusty basements of musical archives.

On the contrary, as James Conlon insists, they have been put back to where they truly belong – their rightful place in history, in the “standard repertoire.”

Conductor James Conlon’s passion for the music of Alexander Zemlinsky, Erwin Schulhoff and other composers silenced by the Nazis began late one {…} 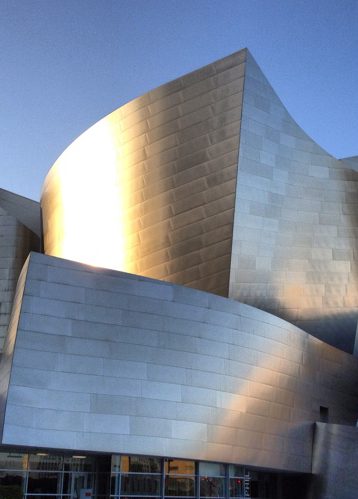