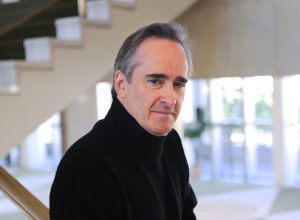 Opera theaters have long been criticized for conservatism and a museum-like mentality. To revitalize the art form, solutions have been proposed such as: the need for fresh creations, contemporary and relevant to our times as well as new, bold, theatrical approaches to remove the cobwebs.

In this short article, I don’t wish to address the ongoing and important debate about the relative merits of either the criticisms or the proposed solutions, but I enthusiastically support the idea that, to challenge routine, we need new experiences in opera theaters. To ensure that the suggested solutions themselves do not become routine or cliché ridden, I suggest another initiative. Unknown or rarely heard works, drawn from existing material, imaginatively juxtaposed, can be an abundant source of innovation. Works from different eras, musical styles, and national origins, with all their latent potential, can be combined in provocative and stimulating ways. I have decided to experiment with this idea.

The art of the piano or violin recital is based on the coherent construction of a program of contrasting styles. The same can be said of any prototypical orchestral concert, not to mention many other contemporary forms that explore sound in distinct instrumental ensembles and acoustical spaces.

I have never understood why, in general, we have not availed ourselves more of the recital model and allowed it to migrate to operatic theater. We certainly have not exhausted the exploration of short operas that can be presented in interesting combinations. Such an approach could give a hearing to works that otherwise might not see the light of day. The art of the miniature (if indeed one-act operas should be so designated) also has its place. The sketches of Rembrandt or Picasso are not less artistic because they lack the monumentality of, say The Night Watch or Guernica.

Opera developed on the premise that a single work filled an entire evening. One-act opera20gained currency in the late 19th century in Italy, and, after Richard Strauss, in the German-speaking countries. The 20th century has fully accepted it. With the exception of certain pairings (the most famous being that of Cavalleria Rusticana and Pagliacci) that have insinuated their presence into the canon, the art of combining two or more works in an evening has run behind its own artistic potential.

Operatic triple bills have gained even less traction. Puccini’s Trittico, a masterwork and daring innovation in its time, was met with strong opposition from the composer’s publisher (delaying its realization for a decade) and the refusal of the composer’s greatest advocate, Arturo Toscanini to conduct it. But why shouldn’t “three in one” be an interesting and vital alternative from time to time? (The Metropolitan Opera’s Hockney/Levine Parade at the Met was an excellent example.) To give remarkable works too short to stand on their own a committed hearing, why not adopt an approach that is standard for piano recitals, chamber music concerts, or orchestral programs?

THE GENESIS This union of Mussorgsky, Krenek, and Fleischmann owes its genesis to my lifelong desire to see on stage the former’s sketch for an uncompleted opera called The Marriage. By extraordinary happenstance, in my high school years a recording of this work by Mussorgsky fell into my hands at the Donnel Library. Already overcome with a passion for Boris Godunov, I jumped at the opportunity to hear it. I read the liner notes and understood that this short sketch paved the way for the work I loved so much. No score being available, I wore out my needle on the scratchy New York Library copy until it had to be returned.

In the midst of a run of Khovanschina at the MET in 1988, I came across the score of The Marriage and resolved to perform it. After decades of conducting Mussorgsky’s large-scale works, as well as those of J anáèek, Stravinsky, Shostakovich, Debussy, and Poulenc, the link became clear. Mussorgsky’s theories proposing the spoken Russian language as the cornerstone to a new musical language not only transformed Russian music; they deeply affected Western European music as well. I came to see The Marriage as Mussorgsky’s seminal work.

I needed a work or works to accompany it. Ten years ago, in Paris, I received a copy of Benjamin Fleischmann’s Rothschild’s Violin. A spiritual grandson to Mussorgsky through his teacher Dmitri Shostakovich, Fleischmann also attracted my attention as yet another victim of the Nazi Regime (he was killed in the Siege of Leningrad at age 25). But the program still wasn’t right.

From the beginning I imagined a non-stop, concise, and tautly constructed presentation without intermission. It was meant to be less than ninety minutes, no longer than Wozzeck, Salome, or a Mahler symphony. The bookends were there. Now it needed a center piece. I finally landed on the works of Ernst Krenek who himself had written a trilogy of one-act operas.

I played with the cubes until they seemed to fit. I saw the musical links (Mussorgsky and Fleischman) and the historic (Krenek and Fleischmann, both victims of the Third Reich). I had a work of social satire (Gogol) and inspirational hard realism (Chekhov). The tripartite symphony had a humorous first movement and an expansive apotheosis for the finale. There were several Krenek works from which to choose.

But then the dramaturgical link revealed itself. Marriage: before, during, and at its end; the preparation, the early years, and then the last. Three genres of social criticism are represented (comedy, farce, and short story) and three pictures of class stratification (petit bourgeois, nouveau riche, and poor). Krenek’s Heavyweight went into the center. In terms of length, the first half was comic, and the second half dramatic.

In the spirit of Mussorgsky, I put forward this approach, three one-act operas in one, as a research experiment in the laboratory of our opera theaters. Part of the mission of universities and conservatories is to stimulate questions and propose new ideas. They are at their best when they do so. I am grateful to the Juilliard School for providing such a forum.