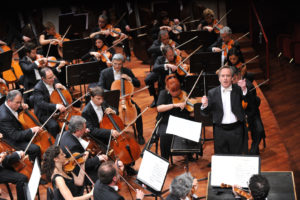 Four composers who died in Nazi concentration camps are known to have written entire compositions while imprisoned there, and the Washington–Baltimore region deserves its share of credit in bringing this music to light.

The In Series performed Viktor Ullmann’s one-act opera The Emperor of Atlantis in 2018, and the Dover Quartet, recently the Kennedy Center’s string quartet-in-residence, recorded Ullmann’s String Quartet No. 3 in their 2017 album Voices of Defiance. And Katherine Needleman, long-time principal oboe of the Baltimore Symphony Orchestra, recorded Pavel Haas’s Suite for Oboe and Piano with pianist Jennifer Lim in 2016, although this particular composition was completed just before World War II.

Yet it turns out that this miraculous-seeming output, primarily from the Terezin concentration camp in what is now the Czech Republic, is merely a fraction of the music suppressed by Nazi Germany. If music isn’t played it’s forgotten, and the cashiering of a great quantity of mostly, but not entirely, Jewish composers from 1933 on has had an effect until the present day.

The Baltimore part of Recovered Voices begins next week with an episode in the BSO Sessions series of virtual programs that the orchestra has been sponsoring on a weekly basis. On Wednesday, February 17, 2021, BSO Sessions will release an hour-long program under the Recovered Voices title. Curated by Conlon from his Los Angeles home, the program will feature performances primarily by the BSO’s string players from Baltimore’s Meyerhoff Symphony Hall.Even with a pandemic on, the same Baltimore Symphony Orchestra where Needleman serves is about to take a significant role in bringing this music to light, as one part of the bigger general movement to feature music by ignored or marginalized composers in classical music history. One of the world’s leading opera and symphony conductors, James Conlon, was recently named artistic advisor to the BSO, and Conlon is known globally for his “Recovered Voices” project to study and perform composers who were forgotten in the wake of World War II and the enormous cultural censorship of Nazi Germany.

Recently I spoke with Conlon on the phone, and what’s especially encouraging about the project is that he incorporates a number of lessons from the traps of presenting “new music” or “20th-century music” that have bedeviled classical music presenters for years.

Putting out different music once hardly ever achieves anything, to the point where audiences tend to fearfully stereotype “premieres” and unfamiliar names of compositions as something to avoid. This classical-music phenomenon is almost the reverse of the theater world’s celebration of the glamor of opening night of a new show. It’s even possible that being able to initiate the BSO’s participation in Recovered Voices in a lower-risk virtual setting will advance the goal of presenting the names of the composers and their surprisingly varied styles multiple times over.

“One of the characteristics of classical music, in my mind, is that it grows on repeated hearing,” Conlon says. “That’s why there are so-called repertory pieces to which the world returns over and over again. The ultimate goal is that a large amount of this music will have been heard, and the general public and musicians can judge for themselves what they like and what they don’t like. Which is the normal development of how the classical music repertory has developed. People heard it, people liked it or didn’t like, argued about it, and made their choices. All of that is natural.”

Conlon likes to label Recovered Voices a “mission” rather than merely a project. And having been at it in various venues for more than 20 years, Conlon wants to make sure people understand that the suppressed music is surprisingly varied in style and doesn’t fit any artistic or musicological pattern that people need to be scared of.

“Traditionally the problem was never to get people to like most of this music. The problem was to get people to come to the concerts,” he says. “The problem isn’t that this music is written by people from outer space and there’s no relation to music that the public is accustomed to hearing. It’s that it was never heard, and [people think] if it’s never been heard, how good can it be?” Those are the misconceptions that he’s aiming to reverse.

As it happens, the first of the five works on next week’s program is indeed from one of the concentration camp composers, and in some ways the most tragic of all. Gideon Klein was only 25 years old when he was murdered, having been transferred like the three other composers from Terezin — which was something of a Potemkin Village of a concentration camp meant to fool the International Red Cross that conditions were not that onerous — to either Auschwitz or a nearby coal-mining work camp where conditions were dire.

Perhaps the biggest surprise in the BSO Sessions program will be an Intermezzo by composer Franz Schreker, whose voice was lost for decades even though he died in 1934, well before World War II, simply because the Nazis ruled Jewish composers out of bounds once they came to power and the music went out of circulation. In his long-time role as music director of Los Angeles Opera, Conlon revived Schreker’s 1918 opera The Stigmatized in 2010, and Conlon emphasizes that Schreker was actually a well-known and even popular composer in Germany and Europe before the Nazi crackdown.

Listening to the Intermezzo the BSO will play on next week’s program, you can see why that was. It sounds much more like the most popular composers of the early 20th century, like Richard Strauss, than like the more angular, modernist and atonal turn that much serious music took as the century rolled on.

Still, Conlon doesn’t want anyone to feel startled or guilty about hearing how varied the styles of the suppressed composers’ music can be, because that variety matched his own reaction when he started Recovered Voices. “What surprised me was my own ignorance,” he told me. “And my experience was not an uncommon one. In fact, it is the common experience for music-lovers and musicians alike.” Of special note to fans of both classical music and musical theater is that Schreker was at the height of his fame, including a position as director of the prestigious Hochschule für Musik in Berlin, during the some of the early Weimar Republic years in Berlin immediately preceding the time frame of the Kander and Ebb musical Cabaret.

The BSO musicians on next week’s program will also get a real workout with Pavel Haas’s Study for String Orchestra, which came during his period at Terezin in 1943, and two movements of a string sextet by Erwin Schulhoff, who composed in a variety of styles before being deported to a Bavarian concentration camp, where he died (of tuberculosis) in 1942. But a key inclusion in the program is one work by a non-Jewish composer who was certainly never forgotten, the Frenchman Maurice Ravel, who set the Jewish Kaddish prayer to his own melody for voice and piano. The Ravel Kaddish is also sometimes performed by solo cello and string ensemble, as it will be on BSO Sessions, featuring the orchestra’s assistant principal cellist, Lachezar Kostov.

Officially Conlon’s three-year term as artistic advisor to the BSO begins with the 2021–2022 season, and assuming that the season goes forward with live concerts — yes, a large assumption — both at Meyerhoff in Baltimore and at the Music Center at Strathmore in North Bethesda, Conlon will have more than an incidental impact. A well-known figure not only in Los Angeles but also everywhere from the Metropolitan Opera to major companies in Cologne, Rome, and other European houses, Conlon says he will be “functioning in a certain way as if I’m the music director” given the pending exit of Marin Alsop from the BSO position and the likelihood that a permanent successor will not yet be named when Conlon’s advisory term begins.

When seasonal programming is set, some of Conlon’s concert programs with the BSO will clearly be from the better-known repertoire, but the music he is championing will clearly get a lot of hearing. “Recovered Voices is my mission, and it will outlive me because the endpoint is far in the future,” says Conlon. “It takes very little time to destroy, and it takes sometimes a very long time to reconstruct.” If you take in Conlon’s virtual program starting February 17 and simply tell one other person what music during the hour you liked and what you didn’t, you’ll be engaging in exactly the discussion and debate that Conlon says is a core part of the initiative. Hearing any of these pieces a second and third time and beyond when the Baltimore Symphony Orchestra performs live again will be exactly the point that will keep the mission going. 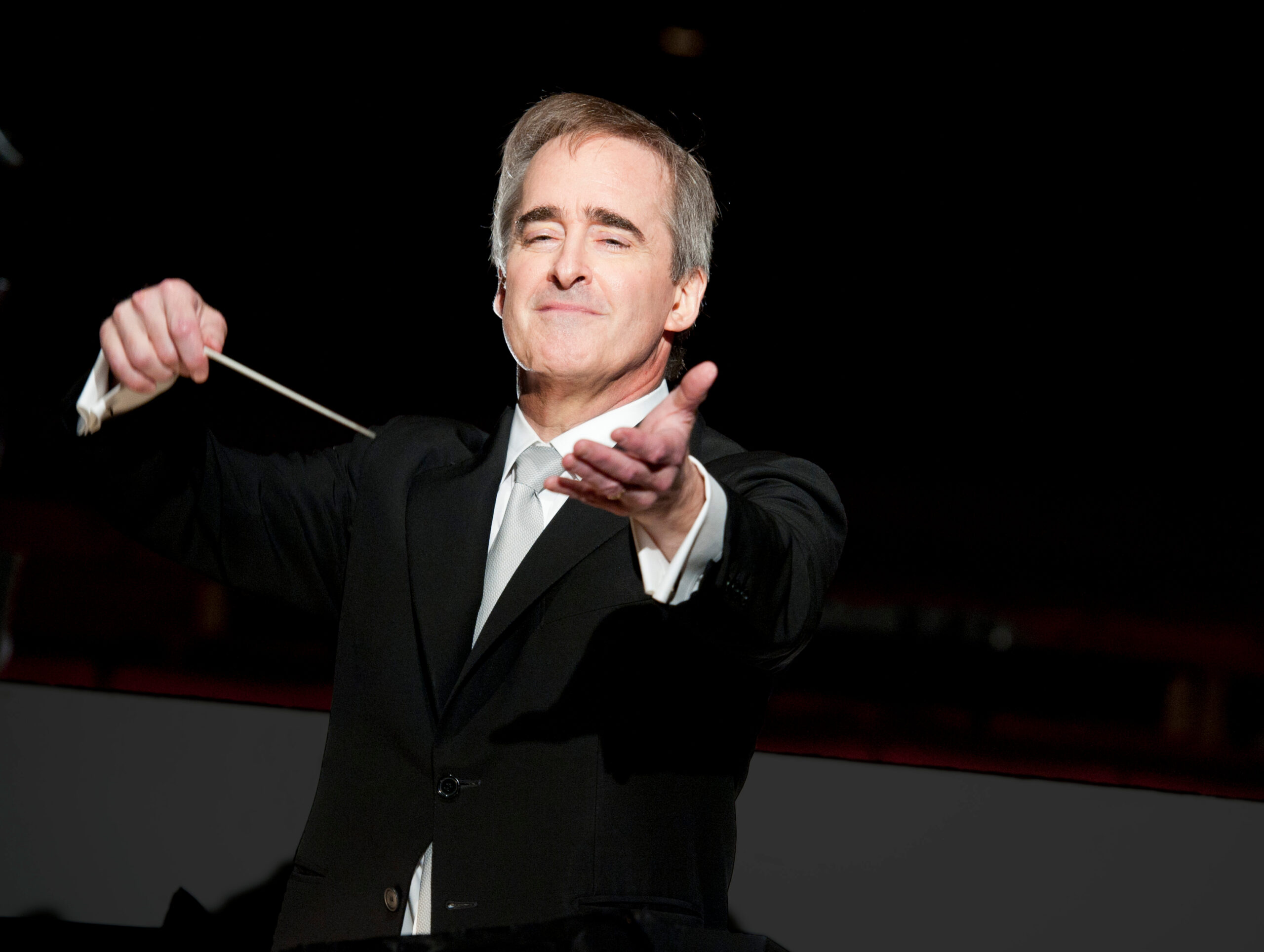 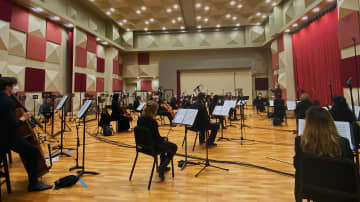